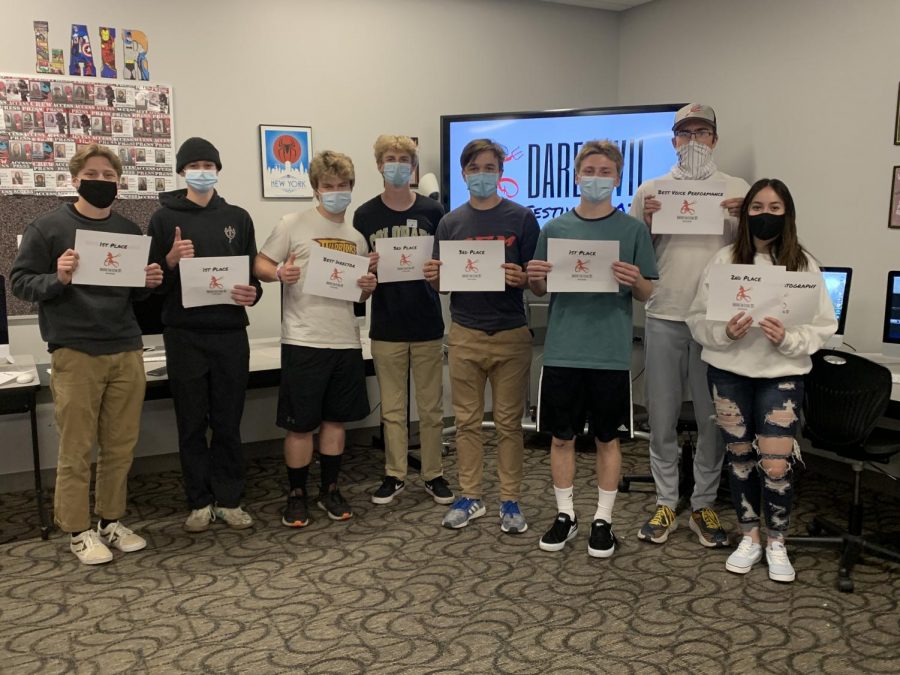 Films were screened in the Media Lair on Friday and awards were presented afterwards.

This year the Daredevil Film Festival resumed as an in-person competition from April 27-28. Teams came together for 24 hours to brainstorm, script, record, and edit their short films addressing the competition’s surprise criteria: the theme of joy, a line of dialogue, “Let’s see!”, a close up shot featuring a shoe.

Sammy-Soo Hears a Shoe also earned individual awards for Best Sound Design: Langston James and Sam Elliott  and Best Performance: Will Elliott. They also received commendation from the judges for their creativity.

Second Place: The Journey of a Lost Shoe