Behind the Scenes of Football Funding 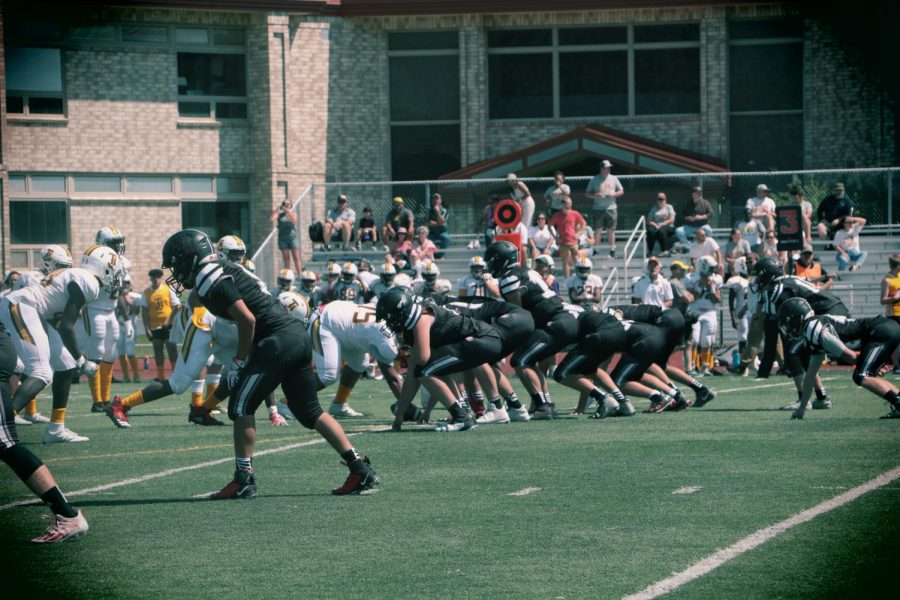 Coming off the Volleyball, Football, Softball, and Boys Soccer seasons a lot of people think where does the money come from to fund sports? Do different sports get a certain amount of money. How does that affect how a team plays that season? Well after interviewing some key players in this question I have a better idea and will try to explain what happens.

A new coach stepped up to take the place of our new football coach this year. His name is John Davis After asking him questions that he could answer after having one year of coaching under his belt I had a new sense of how money is distributed to different teams. I learned that for some expenses CHASSA pays for, such as the necessary equipment to keep the players safe. Although as for the backpacks all the players got at the beginning of their season the coach said that “angle donors” who are people who make big donations to support the team but they wish to stay anonymous contributed to those including the different shirts and sweatshirts they got inside them.

I also asked him about buss fees which we are now seeing how teams can’t travel to away games a lot more because of how expensive they are. Although the football team does not seem to have that problem, he said “we haven’t had that problem, but another team had to cancel one of the games they were coming to us”. After learning a bit more about the inner workings of where the funding goes I decided to ask some players their perspectives.

I decided to talk to Kingston Clous (Freshman) and Tatem Coe (Senior). They both explained the different gifts they got to begin their season and how most of the other equipment they are using is new. Which means that the football team will not be getting any more equipment until it is necessary.

They talked about how they fundraise. “We do the football cards, but that is really it” Kingston explained. A conclusion to this could be as simple as the money they get distributed by Mr. Laframboise, from CHASSA and the football card are enough to keep their fall season going. I guess just depending on how well the football cards do really decides what they can do money wise.

For more on how sports are funded check out How Sports are Funded at EVHS.